These attacks intensified following the publication of a digital poster pronouncing our General Secretary’s availability for nomination as additional member of the ANC’s National Executive Committee at its forthcoming National Conference.

These detractors, some of whom are sadly from our sister unions in COSATU, claim our general secretary has used the wage negotiations to position himself within the ruling party. SADTU would like to categorically state that the Union’s decision to accept the wage offer presented by the employer has no link whatsoever to the General Secretary’s nomination but is informed by a mandate from members.

The detractors have run out of ideas and have resorted to a smear campaign with the hope of dividing SADTU. They will fail dismally because lies cannot be sustained.

The National Executive Committee (NEC) of SADTU made it clear that it will support any member of the Union who has been identified by MDM structures in their capacity as members of such organisations.

The NEC rejects, with contempt, any link between salary negotiations and the MDM processes which are taking place independently from SADTU. SADTU has always supported members to swell the ranks of the ANC as resolved by COSATU, and our General Secretary and any leader are free to contribute to the strengthening of MDM structures without any fear.

The digital poster was created and circulated by members from within the broader Mass Democratic Movement. These members have every right to do so based on our General Secretary being a member of the ANC in his own right and long-term activist in Ward 98, Theresapark, Tshwane.

We also want to emphasise the fact that these are processes of the ANC by ANC members which our union has no control over.

SADTU wishes to place on record that the General Secretary, as our chief communicator, communicates the decisions of the union. He is a bearer of palatable and unpalatable news or decisions. Those decisions are not his but are of the union.

Following the mandate given by our members to accept the offer, SADTU will not participate in programmes of action of the Joint Mandating Committee (JMC) of COSATU. Accepting the offer does not mean we are happy with it. Our members remain angry at the decision of government not to honour the previous agreement which undermined effective collective bargaining.

It is not and will not be the first time that some unions decide to sign while others do not sign; quick research of resolutions at the PSCBC will assist with this. SADTU has never labeled such unions as selling out because they had mandate from their members.

SADTU values the unity of workers, and we cannot sacrifice this unity because of different decisions based on different mandates at a particular time. There are more important battles to fight, and we therefore need each other. Let us all refuse to be divided on one decision on collective agreement at a particular time.

Furthermore, the SADTU remains a member-centric and worker-controlled Union with legitimate and firm mandate seeking processes from her members.

SADTU remains united and focused in serving members. Attacks on the union and our General Secretary will not detract us. Lies and smear campaigns against SADTU and the General Secretary are an act of desperation. 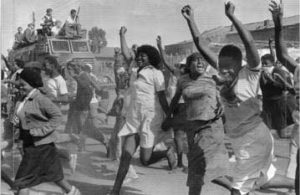 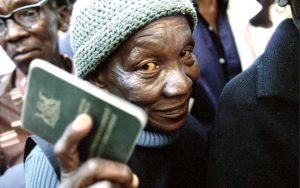 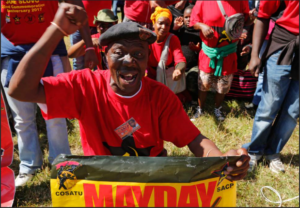