The fight to make May Day a public holiday was one of COSATU’s first campaigns, and one of its first successful campaigns.

In 1986 which also marked the 100th anniversary of May Day , the ﬁve-month-old Congress of South African trade Unions staged one of the biggest-ever stay-aways to demand recognition of May Day as a paid public holiday. This action was supported by the formations of the Mass Democratic Movement under the leadership of the United Democratic Front. Workers all over the country responded to the call and more than 1,5-million workers observed COSATU’s call, joined by thousands of school pupils, students, taxi drivers, hawkers, shopkeepers, domestic workers, self-employed and unemployed people. Rallies were held in all the major cities, even though many of these were banned in advance by the state.

The majority of South Africa’s workers had already unilaterally declared the day a public holiday and stayed away from work. Shocked by this wave of worker militancy, P.W. Botha responded by declaring the first Friday in May as Workers` Day, a paid public day. COSATU announced that it would stop work

on both the first Friday and the real May Day. Faced with this, the apartheid regime backed down and in 1987 recognized 1st May as a public holiday.

The majority of South Africa’s workers had unilaterally declared the day a public holiday, and employers bowed to these struggles as accepted it the reality of May 1 as the worker’s day. Today it is one of the 12 public holidays, which we celebrate in a thriving democracy. 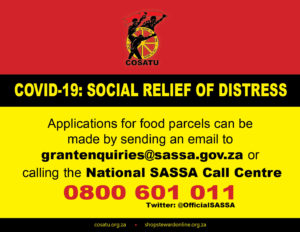 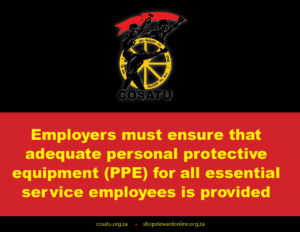 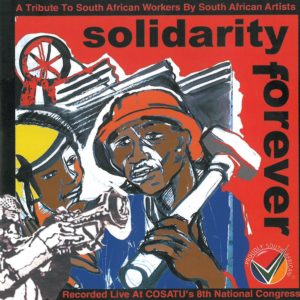